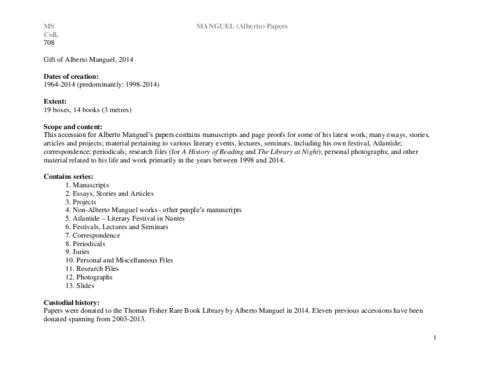 This accession for Alberto Manguel’s papers contains manuscripts and page proofs for some of his latest work; many essays, stories, articles and projects; material pertaining to various literary events, lectures, seminars, including his own festival, Atlantide; correspondence; periodicals; research files (for A History of Reading and The Library at Night); personal photographs; and other material related to his life and work primarily in the years between 1998 and 2014.
Contains series: