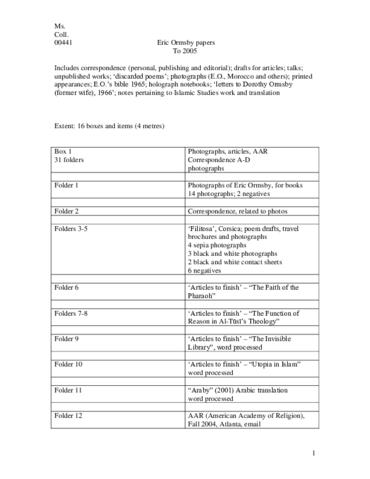 Eric Ormsby is an American poet, writer and Islamic studies scholar. He was born 16 October 1941 in Atlanta, GA, and received his B.A at the University of Pennsylvania. He received his M.A and Ph.D from Princeton University with a specialization in Islamic theology. He also holds a Masters of Library Science from Rutgers University. He has had a distinguished careers in libraries and education, including Director of Libraries at the Catholic University of American in Washington (1983-1986), director of Libraries at McGill University (1983-1986), Professor and director of the Institute of Islamic Studies at McGill University (1996-2005) and since 2005 has served as the Deputy Head at the Institute of Ismaili Studies in London, England. He has published extensively on Islamic thought and Ormsby is also an accomplished poet. Selected publications include Bavarian Shrine and Other Poems (1990), Coastlines (1992), Araby (2001), Daybreak at the Straits (2004) and Time’s Covenant (2006).