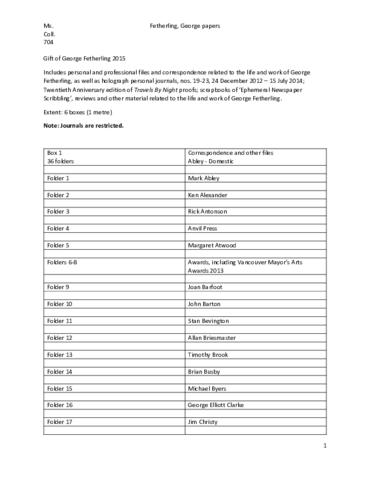 George "Douglas" Fetherling, born in 1949, is a poet, essayist and critic, and the editor or author of more than fifty books. He is former literary editor of the Toronto Star and Kingston Whig-Standard and book columnist of the Ottawa Citizen and Vancouver Sun. For his "substantial contribution to Canadian letters" he has received both a D.Litt from St. Mary's University and the Harbourfront Festival Prize. He divides his time between Toronto and British Columbia.