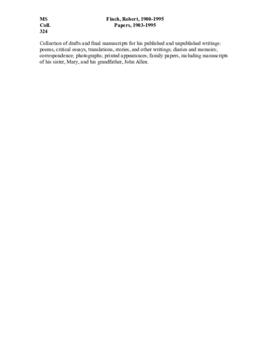 Collection of drafts and final manuscripts for his published and unpublished writings, correspondence; 170 photographs; family papers including correspondence from his sister Mary and his grandfather John Allen. 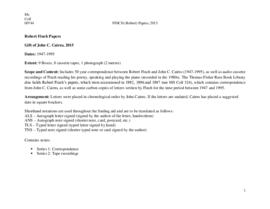