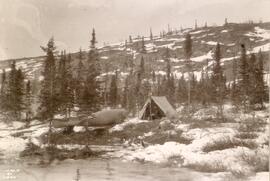 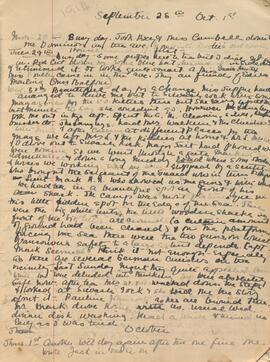 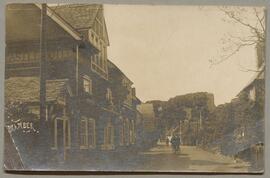 Consists of letters sent by three brothers, Edward, Reginald and Harry Richardson, during WWI. Also included are newspaper clippings and a photographic portrait of Reginald Richardson. 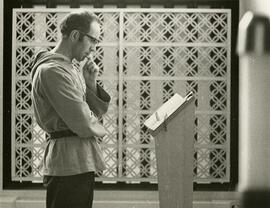 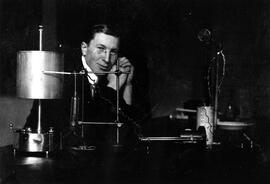 The collection consists of research notes and papers, drafts of articles and speeches, travel journals, diaries, correspondence, drawings and sketches, photographs, scrapbooks, awards and memorabilia, and papers of Henrietta Banting. 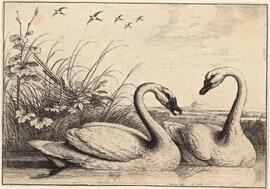 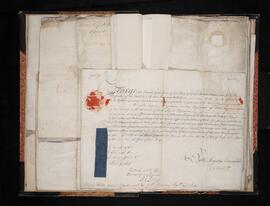 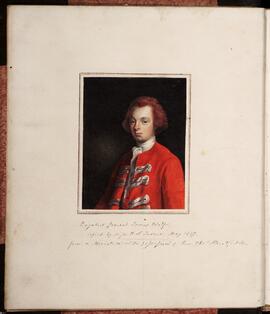 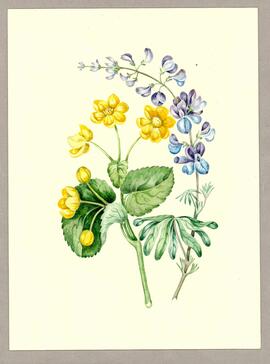 The collection includes original paintings of Canadian flora and mushrooms by Chamberlin, and subscription books for her book Canadian Wild Flowers (1868 and 1869 editions). Most of the paintings have not been reproduced. It also contains original paintings and photographs of Canadian flora and other subjects by Chamberlin's daughter, Geraldine Moodie, an album of pressed plants by Moodie, and an album of pressed ferns by Catherine Parr Trail. 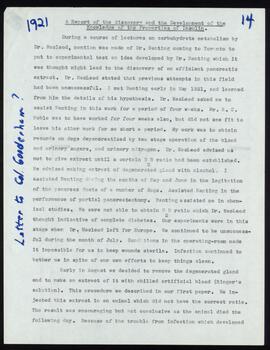 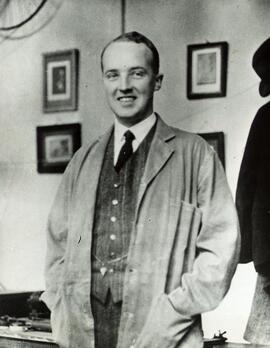 1982 Accession:
Correspondence, research notes and articles, offprints of his published research and of his colleagues including Banting and McLeod, his other writings and lectures, biographical material, photographs, films, slides, records, tapes, and cassettes.

2003 Accession:
Includes material related to the discovery of insulin at the University of Toronto; Margaret Mahon Best’s journals 1925-1984(75) describing their life and extensive travels following the discovery, plus several holograph notebooks about Sandy and Henry as
children, and from MMB’s childhood, 1914-1919; original course notes of Charles Best; original holograph insulin manuscript; research, drafts, correspondence and other material related to Margaret and Charley by Henry Best; letters of correspondence to
MMB and HB regarding the death of Alexander (Sandy) Best and Charles Best; letters scientific to Dr. Best; ‘Dear Jessie’ letters from Linda Mahon on her travels with Margaret and Charley to her cousin Jessie at home in Toronto; H.H. Dale letters; photographic images of awards, citations, etc. given to CB; other material related to the discovery of insulin and the writing of the book on their lives by their son, Henry Best. 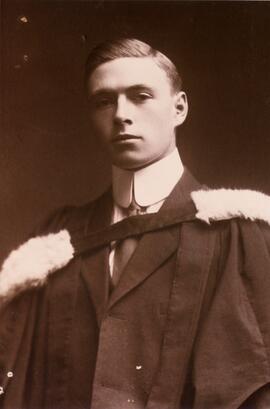 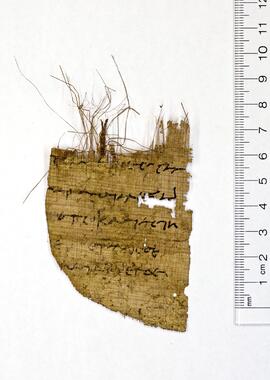 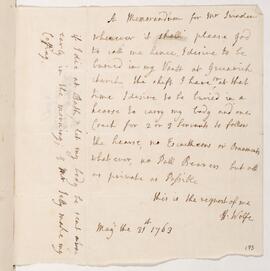 This volume, assembled by Dawson Turner for his projected biography of General Wolfe, is principally comprised of material extracted from the Henrietta Wolfe papers at Squerryes, from later Warde papers, and other material.