The collection consists of material collected by Hoeniger in the course of researching the forgeries of John Payne Collier (1789-1883). It also contains a collection of letters from writers and theatrical people.

Collection consists of correspondence, chiefly between Jones and Rene Hague, along with drafts, typescripts and Hague's books on Jones. It also contains a typescript of Henry Summerfield's book on David Jones.

The collection includes research notes on silver, chiefly compiled for his four books on North American silver and silversmiths, along with related correspondence, typescripts and galleys. It also includes secondary materials used for lectures and articles, photographs and slides used as illustrative matter in the books and articles, as well as other correspondence, notes, invoices, photographs and awards.

The collection consists of holograph drafts of poems and workbooks for Layton's Lovers and Lesser Men and page proofs of A Wild Peculiar Joy. It also includes two photographs of Layton.

This collection consists primarily of correspondence of Stephen Leacock and Joseph Easton McDougall, including material about Leacock following his death.

The collection contains office files of correspondence, interoffice memos and financial records for Cooper & Beatty designs, as well as proof copies of work completed, copies of work and mounted samples for exhibits, posters, photographs and organizations connected with the firm.

A scrapbook of letters and clippings documenting the career of Judge Herbert Denton. It includes about one hundred letters and forty clippings. A separate group of thirteen letters is addressed to Denton's son, Samuel B.G. Denton, on the occasion of the death of his brother, Wilfrid H., in 1948.

The Fairley papers consist mainly of research notes and contributions to the magazine New Frontiers. There is also material for an unpublished book titled With Our Hands, about the writings of Canadian pioneers.

Collection includes correspondence, notes and documents relating to his work on Adam Smith titled Adam Smith and the Scotland of his Day (1956), and to his work on Charles Townshend and David Hume. It also includes an unpublished typescript, Grenfell and the Moravian Mission to the Labrador, his journal entitled Western Tour (June-June 1928), concerning farming in the Canadian west, and a typescript of his book Agriculture and the Agricultural Surplus (1928).

Contains two unpublished manuscripts of the history of the Richelieu Valley.

The collection consists of twenty-eight Edmund Blunden letters, cards and other manuscripts. Blunden was Hugh Morrison's tutor at Merton College, Oxford, and the correspondence reflects their friendship, including mutual acquaintances, friends and common interests.

The collection consists of a small collection of manuscripts, correspondence, articles, offprints and clippings on the discovery and development of insulin. The papers relate largely to the early part of Dr. Noble's career.

The collection consists of draft manuscripts of Payerle's various works, including The Afterpeople (1970), Wolfbane Fane (1977), Two from Babylon (1990) and The Weather and That (1993). It also includes drafts of his unpublished poems and prose, papers documenting his involvement with The Writers' Union of Canada, and correspondence from other writers in the Union and those whose work he edited.

The collection includes some photographs and a postcard of Pidduck and other soldiers, two World War I pay books belonging to Pidduck, a certificate of authorization to drive and a journal, documenting his life as a soldier in Canada, England and France in 1916. The journal outlines his daily life, where he chauffeured people to, what he did with his free time, to whom he spoke and where he moved to. He stops writing in December of 1916 after nearly a year of consistent entries.

The collection consists of manuscript drafts, production scripts and other production materials of radio plays and other CBC projects produced and directed by Pietropaolo. Among the writers represented in the collection include Timothy Findley, Carol Shields, Michael Ondaatje and George Elliot Clarke, among others. There is also a small sampling of Doris Lessing material, both manuscripts and correspondence, related to her 1985 Massey Lecture.

Contains materials generated and collected in the course of business by the Toronto Anti-Draft Programme (TADP), 1964-1977. Includes individual case files, intake and housing records, sales records for the Manual for Draft-Age Immigrants to Canada, counseling materials, lobbying and public relations files, materials from other activist, religious and anti-war groups, TADP administrative records, and a collection of printed items.

The collection consists of correspondence, notes, manuscript drafts of his essays, and addresses. Papers give an overview of Canadian literary studies during the 1970's and 1980's.

The collection consists of the typescript, by H.H. Langton, of Sagard-Theodat's history of Canada from 1615-1630.

Collection includes correspondence, documents and other material related to the activities of Mark Satin and the Toronto Anti-Draft Programme; Vietnam War resisters; the Manual for Draft-Age Immigrants to Canada. 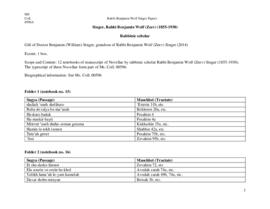 The collection consists of Taylor's research notes, typescripts and galley proofs for his books on geography, urbanography and similar subjects. It also includes correspondence with Taylor's family and colleagues, photographs and offprints of his articles in connection with Marie Sanderson's biography, Griffith Taylor: Antarctic Scientist and Pioneer Geographer (1988).

The collection consists of drafts (corrected and final) and copies of the photographs for Thompson's books Spadina: A Story of Old Toronto (1975) and Jarvis Street: A Story of Triumph and Tragedy (1980), as well as the research notes and other material for Jarvis Street. Some correspondence is also included.

The collection consists of the papers, photocopies and card file pertaining to Tuttle's PhD research on Dante Gabriel Rossetti.

The collection consists of correspondence, notebooks and diaries, drafts for Tyrrell's writings, survey plans and maps, photographs relating to his family and work, and ephemera.

Collection includes extensive correspondence with friends, family, fans, editors and publishers; drafts of manuscripts and notes for Passing Ceremony, Basic Black with Pearls, A View From the Roof, Bridge of Sighs, A Classical Education (including Dave Carleys scripts for theatre) and other short stories and pieces, such as The Zurich Years: a memoir of my mother, also My Mothers Luck; haiku; Zen Buddhism material; lectures; reviews; appearances; extensive typed and holograph personal journal, 1958-2000s, including from various travels (China, Japan, Europe, Indonesia, Mexico, Cuba, Canada and the United States) and at home; photographs; books; print ephemera; her typewriter and other material related to her life and work.

The collection consists of correspondence from authors concerning Wetherell's anthologies of poetry.

Collection consists of manuscript drafts (both holograph and typescript) of McKay's published and unpublished poems and other writings. Publications represented in this collection include: Night Field: Poems (1991), Apparatus (1997), Another Gravity (2000), Vis a Vis (2001), Deactivated West 100 (2005) and Strike/Slip (2006). Other materials in the collection are manuscripts from other writers edited by McKay, as well as correspondence with various writers and friends. It also includes extensive research material, most of it holograph, on writers for his teaching activities.

This collection consists of two war diaries from 1918, as well as notes for a planned trip to Europe and England. It also contains memorabilia and slides of the 1953 Coronation of Elizabeth II, attended by McRuer and his wife.

Bound volumes of archival reproductions, transcripts and other miscellaneous papers.

Consists of various documents, maps, letters and bound volumes acquired by Louis Melzak. The majority of the items relate to the Morris and McLean families which had been collected in a scrapbook by Edmund Morris. The letters and documents had been arranged by Morris in two groups: those of the Alexander McLean family and those of the Alexander Morris family. He included a brief outline of the history of the McLean family and an index of those documents.
The bound volumes include an early printer's pay-book, the diary of a British soldier series in Upper Canada and material relating to the settlement of the Eastern Townships of Quebec.