Collection of 558 chromolithographed trade labels intended for the Indian and Chinese market.
Many samples bear the names of the colours, places of manufacture, and names of local merchant companies in China and India including Carlowitz & Co. and Manilal Mooljee.
Probably produced by Paul Israel in Werra, Germany.
Samples are illustrated with Asian and Indian motifs, and include mythological and religious figures, including characters from Journey to the West

50 pieces of ephemera related to the liquor industry from Canada and Great Britain.

Graduate Student Conductors with Members of the UTSO
Event details:

Voice Studies at the University of Toronto presents Vocalini : An evening of song and arias featuring our outstanding undergraduate singers

Clear Things May Not Be Seen

File consists of a recording of the concert; recorded in Walter Hall
Event details:

All Creatures Great and Small

Music in the Castle of Heaven

Voice Studies at the University of Toronto presents Magnificat!

From Bach to Latin America

Subseries consists of programs and recordings from the Faculty of Music's New Music Festival, a series of concerts that take place each year in January. 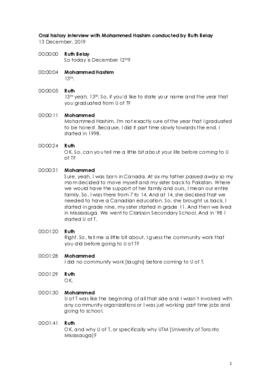 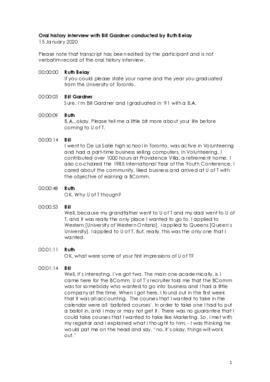 Transcripts for oral history interview with Bill Gardner conducted by Ruth Belay, one edited, one verbatim. 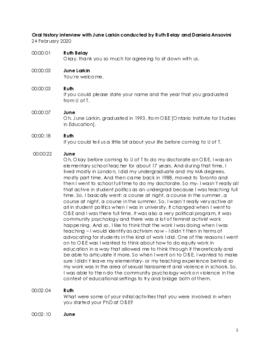 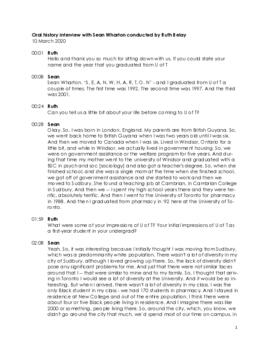 Includes article, "Struggle, sit-ins and serious chutzpah: The early years of campus community co-operative day care centre and child care in Canada," by Julie Mathien, April 2020, in addition to a portrait taken at the interview. 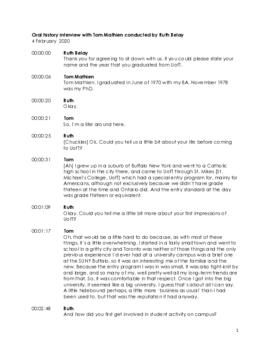 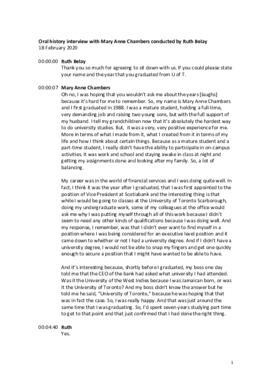 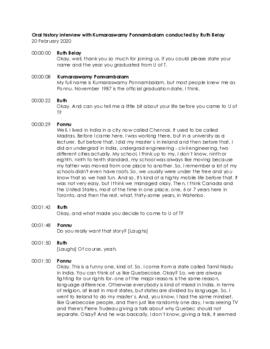 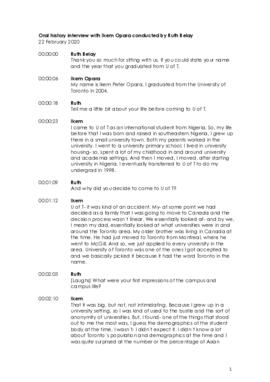 Dr. Dena Bain Taylor, a retired faculty member in the Department of English at the University of Toronto, attended the University at its St. George campus as both an undergraduate and graduate student. While the interview touches on the early experiences Taylor had as a student, it focuses on the period between 1968 to 1973 when she was a resident of Rochdale College. She describes the foundation and structure of the residence, including identifying key individuals, concurrent initiatives, funding sources, and the external issues that shaped the residence. Throughout the interview, Taylor reflects on the philosophical underpinnings that were central to the collective ethos of the space and its genesis as a centre for experiential learning, activism, arts, spirituality, experimentation and place-making. The interview captures aspects of Rochdale’s impact, including the activities of involved individuals, the influence of American political thought, as well as the organizations and initiatives that were developed there. Taylor speaks to some of the issues that surfaced in the residence such as sexism, sexuality, and mental health, as well as how these issues were portrayed in the media. In discussing her own experiences and reflecting on the broader significance of the College, Taylor details and questions how the residence fundamentally challenged the status-quo. 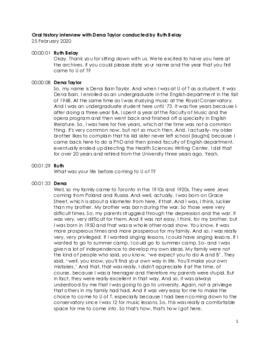