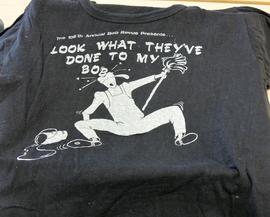 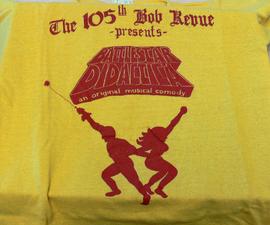 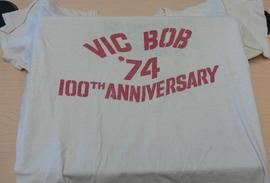 Menu from the United States - Idaho

Menus from the United States - Illinois

Menu from the United States - Maryland

Menus from the United States - Michigan

Menus from the United States - Nevada

Menu from the United States - Pennsylvania

Fonds consists of six accessions of records documenting the life of Martin L. Friedland, as a student, professor of law and administrator at the University of Toronto; as an expert on legal matters and a contributor to the formation of public policy at the provincial and federal levels; and as an author of several books and numerous articles, in particular the researching and writing of his book University of Toronto: A History (University of Toronto Press, 2002 & 2013).

‘The Laskin legacy: a commemoration of the life and contributions of the Right Honourable Bora Laskin, P.C., Q.C.’ DVD – See chapters 16-22 on Disc 1 for Friedland’s talk

Talks are given by Roy McMurtry, Michel Robert and Ian Bini, Peter Hogg among many. Friedland delivers a talk - ‘Bora Laskin and the University.’ See chapters 16-22 on Disc 1 for Friedland’s talk.

These are recordings of day two of the Colloquium that took place at University of Toronto. The first session on disc 1 includes a session on the Archaelogy of Legal Proceedings: In Search of Professionalism. Session is introduced by Martin Friedland and includes talks by Lawyer Patricia McMahon and Judge Robert Sharpe who disucss the "Persons Case". In also includes Jim Phillips of the University of Toronto Law School discussing the history of the Manitoba Fisheries Case. Session is commented by Bruce Elman, Dean of the University of Windsor, Faculty of Law. Disc 2 contains the Goodman Lecture by Chief Justice Roy McMurtry. An interview wiht McMurtry about the importance of the history of law is imbedded in the proceddings.

Off air recording of Morning Side featuring Martin Friedland and others disscussing crime thrillers.

Martin Friedland was interviewed on this program about the writing of University of Toronto: A History

Our Day in Court: Charter and the Courts

This is a radio program produced by CJRT for Open College. This program (#8) discussed the Criminal Justice system and the new 1982 Constitution. It features historian Kenneth McNaughton, Ramsay Cook and John Saywell, who give historical context to how the constitution has changed the relationship with Judges and politicians. This is followed by legal scholars Martin Friedland, Michael Mandle and Alan Yen? who discuss the impact of the constitution on criminal justice procedures. It aslo features Pierre Trudeau discussing these topics as well as Alan Greenspan.

Martin Friedland was interviewed for Structures as part of his work on the writing of University of Toronto: A History. This is Season 7 Episode 7.

Lecture on Criminal Law and Criminal Justice by Martin Friedland

Lecture for a course on Justice and Law for Later Life Learning, Innis College

Series consists primarily of recordings of various interviews and addresses given by Martin Friedland regarding the legal system in addition to his book The University of Toronto: A History.

Professor Friedland was asked by the Centre of Criminology and the Faculty of Law to give the John Edwards Memorial Lecture for 2003. This provided an opportunity to write an early draft of his memoirs, My Life in Crime and Other Academic Adventures, which he had been thinking about writing since finishing the University of Toronto history project. Over the summer he did a very long version of the lecture (the final count was over 37,000 words, with earlier drafts of around 25,000 words.) Then, for the lecture itself, he made a shorter version of about 15,000 words, followed by a much shorter version that could be delivered in 40 minutes or so. The article that appeared in the Criminal Law Quarterly was a somewhat revised version of the 15,000 word paper and was not the lecture as delivered. These files contain correspondence, notes, and drafts of the lecture, which was somewhat altered for Professor Friedland’s 2004 Life Learning lecture. The versions adapted for the Criminal Law Quarterly article appear in Series 5.

‘The provincial court and the criminal law’, in ‘The evolving role of trial courts and how they should serve the needs of Canadians,’ Trial Courts of the Future Conference, 16 May 2002 (Saskatoon)

Ontario. Ministry of the Attorney-General. Justice on Target project (not successful)

Alumni events: photocopies of slides, with captions, for talks in Kingston, Richmond Hill and Scarborough