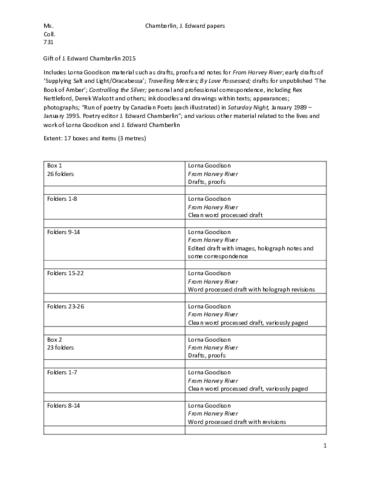 Lorna Gaye Goodison, born on August 1, 1947 in Kingston, Jamaica, is an internationally acclaimed author known chiefly for her poetry. She was educated at St. Hugh's High School (1958-66) and the Jamaican School of Art (1967-68) in Kingston, and at the School of the Art Student's League (1968-69) in New York. Goodison worked for the Jamaica Library service in the mid-1960s, and in the 1970s took a variety of jobs in advertising, public relations and promotions, and was a teacher of art and creative writing in Jamaica. Her first book of poetry, Tamarind Season, was well-received in Jamaica, but her second collection, I Am Becoming My Mother, brought her the 1986 Commonwealth Poetry Prize (Americas Region) and international recognition. She has subsequently published 12 books of poetry including: Heartease (1988), To Us, All Flowers are Roses (1995), Guinea Woman (2000), Travelling Mercies (2001), Goldengrove (2006) and Oracabessa (2013). She is also a well-known artist and has exhibited her paintings internationally and her work is often featured on the covers of her books. In 2017, Goodison was named the second official poet laureate of Jamaica.