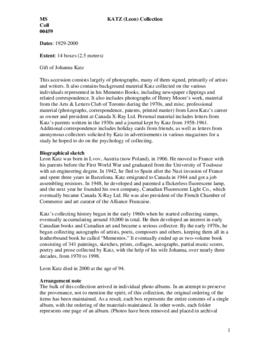 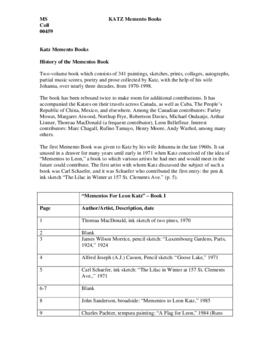 Leon Katz was born in Lvov, Austria (now Poland), in 1906. He moved to France with his parents before the First World War and graduated from the university of Toulouse with an engineering degree. In 1941, he fled to Spain after the Nazi invasion of France and spent three years in Barcelona. Katz emigrated to Canada in 1944 and got a job assembling resistors. In 1948, he developed and patented a flickerless fluorescent lamp, and the next year he founded his own company, Canadian Fluorescent Light Co., which eventually became Canada X-Ray Ltd. He was also president of the French Chamber of Commerce and art curator of the Alliance Francaise.