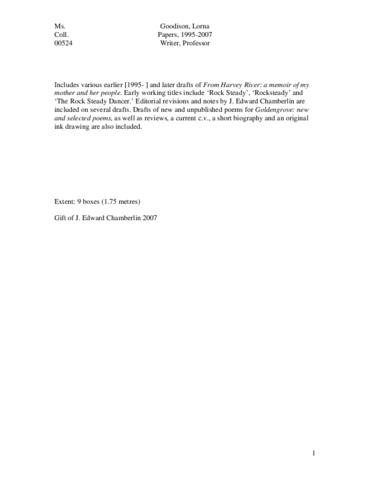 Includes various earlier [1995- ] and later drafts of From Harvey River: a memoir of my mother and her people. Early working titles include ‘Rock Steady’, ‘Rocksteady’ and ‘The Rock Steady Dancer.’ Editorial revisions and notes by J. Edward Chamberlin are included on several drafts. Drafts of new and unpublished poems for Goldengrove: new and selected poems, as well as reviews, a current c.v., a short biography and an original ink drawing are also included