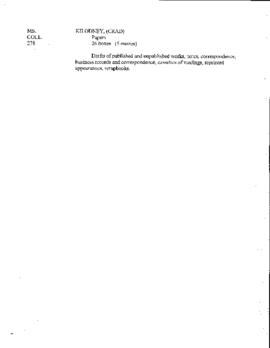 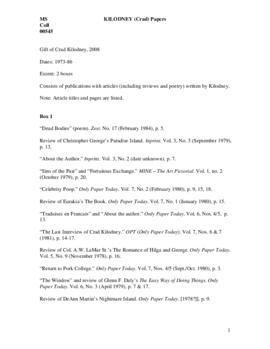 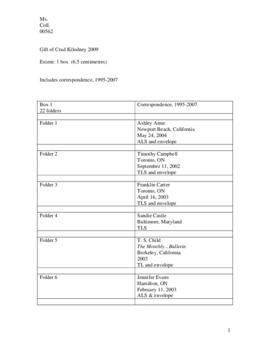 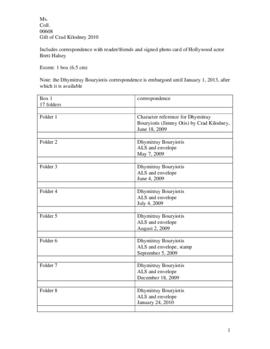 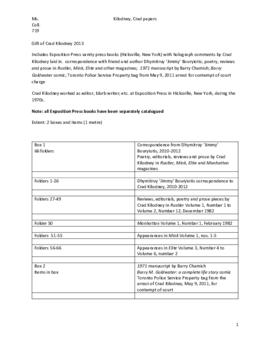 Crad Kilodney was born in Jamaica, New York, in 1948. He had a degree in astronomy from the University of Michigan and after graduation he took a job with Exposition Press, a vanity publishing house in Hicksville, NY. He moved to Canada after the Watergate Scandal and first worked a number of menial jobs with publishers. He founded Charnel House Press, his personal imprint, in 1978 and began selling his own books, including World Under Anesthesia (1979), Human Secrets (1981-1982), Foul Pus from Dead Dogs (1986), Nice Stories for Canadians (1988) and Putrid Scum (1991), on the street, often with a board around his neck advertising the title. Between 1978 and 1995, he was a fixture at the University of Toronto, on Yonge Street and around the Toronto Stock Exchange. He retired from writing in 1995, although still wrote articles on websites and his blog. He died in 2014 of cancer and his friend, Lorette Luzanjic, launched the Crad Kilodney Literary Foundation to preserve and promote his works.