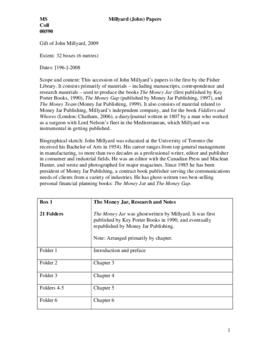 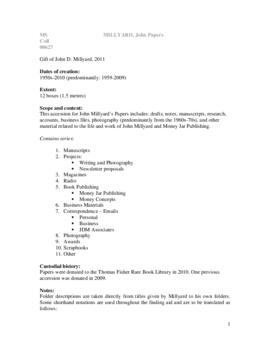 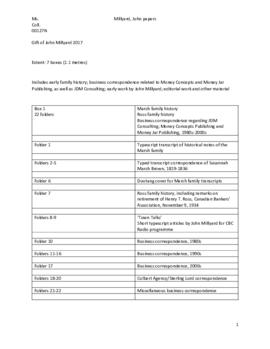 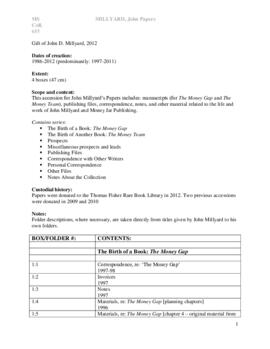 John Millyard was educated at the University of Toronto (he received his bachelor of Arts in 1954). His career ranges from top general management in manufacturing, to more than two decades as a professional writer, editor and publisher in consumer and industrial fields. He was an editor with the Canadian Press and Maclean Hunter, and wrote and photographed for major magazines. Since 1985 he has been president of Money Jar Publishing, a contract book publisher serving the communications needs of clients from a variety of industries. He has ghost-written two best-selling personal financial planning books: The Money Jar and The Money Gap.