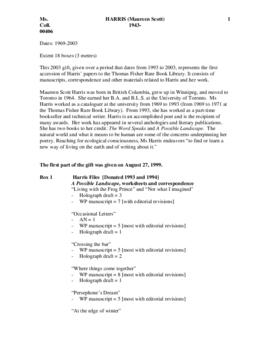 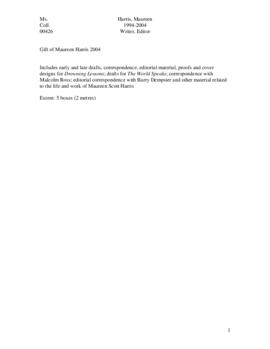 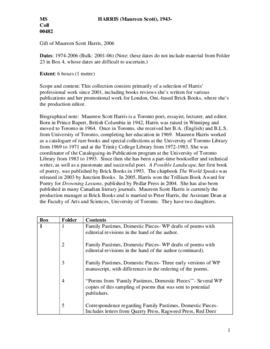 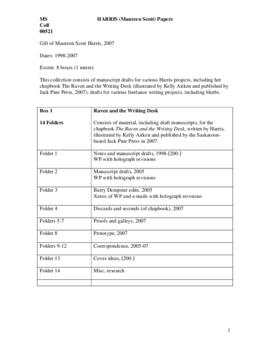 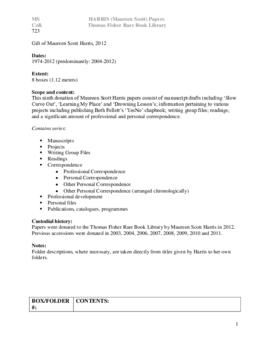 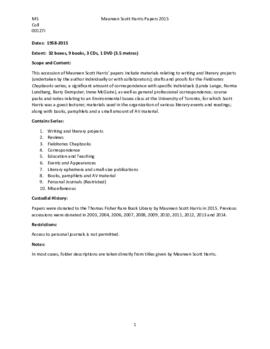 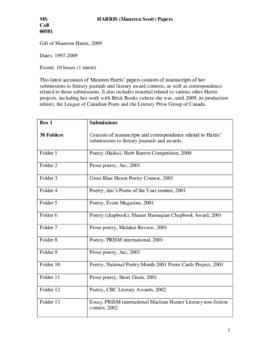 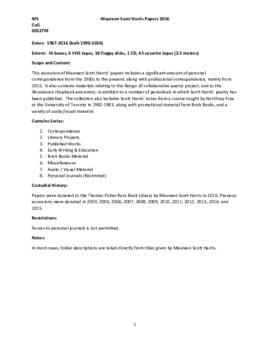 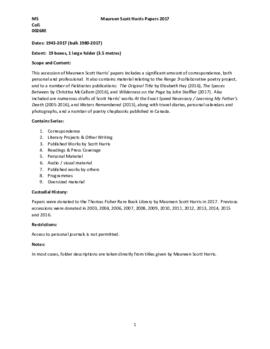 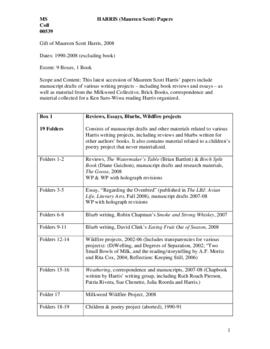 Maureen Scott Harris is a Toronto poet, essayist, lecturer, and editor. Born in Prince Rupert, British Columbia in 1942, Harris was raised in Winnipeg and moved to Toronto in 1964. Once in Toronto, she received her B.A. (English) and B.L.S. from University of Toronto, completing her education in 1969. She worked as a cataloguer of rare books and special collections at the University of Toronto Library from 1969 to 1971 and at the Trinity College Library from 1972 to 1983. She was coordinator of the Cataloguing-in-Publication program at the University of Toronto Library from 1983 to 1993. Since then she has been a part-time bookseller and technical writer, as well as a passionate and successful poet. A Possible Landscape, her first book of poetry, was published by Brick Books in 1993. The chapbook The World Speaks was released in 2003 by Junction Books. In 2005, Harris won the Trillium Book Award for Poetry for Drowning Lessons, published by Pedlar Press in 2004. She has also been published in many Canadian literary journals.