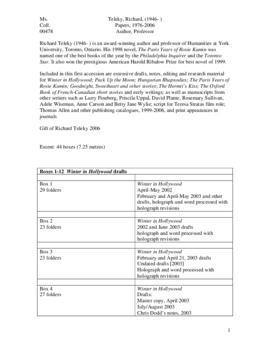 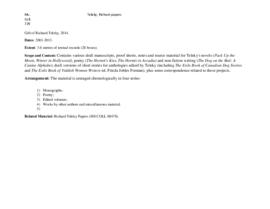 Richard Teleky (1946- ) is an award-winning author and professor of Humanities at York University, Toronto, Ontario. His 1998 novel, The Paris Years of Rosie Kamin, was named one of the best books of the year by the Philadelphia Inquirer and the Toronto Star. It also won the prestigious American Harold Ribalow Prize for best novel of 1999.