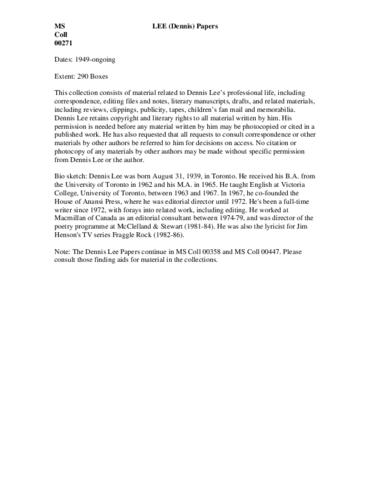 Dennis Lee retains copyright and literary rights to all material written by him. His permission is needed before any material written by him may be photocopied or cited in a published work. He has also requested that all requests to consult correspondence or other materials by other authors be referred to him for decisions on access. No citation or photocopy of any materials by other authors may be made without specific permission from Dennis Lee or the author.