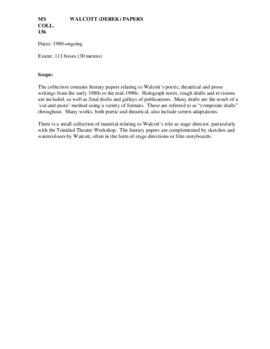 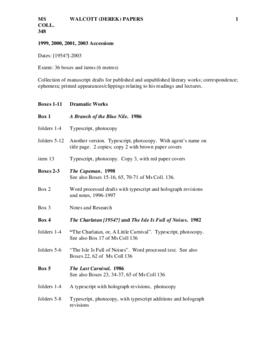 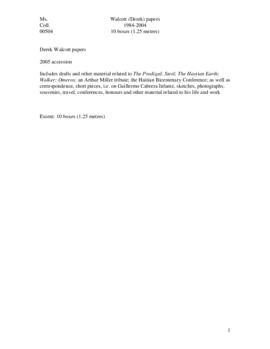 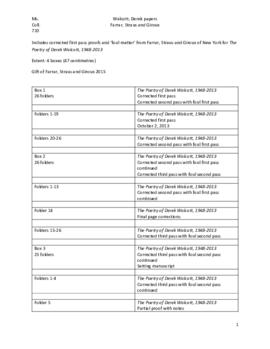 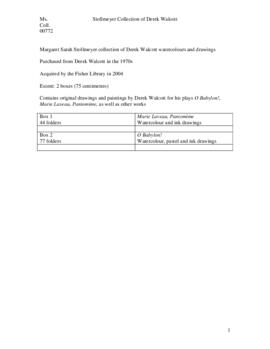 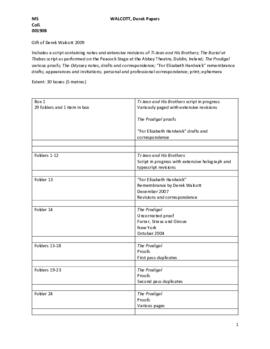 Derek Walcott, born in 1930, is a Caribbean poet, playwright and theatre director. He was born in Castries, St. Lucia, and educated at the University of the West Indies, Jamaica. His first three volumes of verse were published in the Caribbean between 1948 and 1951, but his widespread recognition came with In a Green Night (1962). He founded the Trinidad Theatre Workshop in 1959. Walcott has been an assiduous traveler to other countries but has always felt himself deeply-rooted in Caribbean society with its cultural fusion of African, Asiatic and European elements. For many years, he has divided his time between Trinidad, where he has his home as a writer, and Boston University, where he teaches literature and creative writing. In 1992, he won the Nobel Prize for Literature.