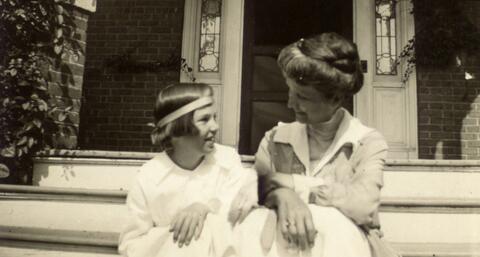 Elizabeth Hughes was born in 1907. Her father, Charles E. Hughes, was U.S. Secretary of State (1921-1925) and later Chief Justice of the United States (1930-1941). She contacted severe diabetes in 1919 at age 11, and by the winter of 1921/22, her health was deteriorating seriously. In 1922, her mother contacted F.G. Banting in Toronto and managed to have Elizabeth accepted as one of his private patients. When she came to Toronto in August of that year, she began receiving insulin from Dr. Banting immediately. She stayed in Toronto until November 1922, making excellent progress and becoming Banting's star pupil. Elizabeth's health continued to improve with continued insulin treatment. She returned to school in 1923 and graduated from Barnard College in 1929. She married William Gossett, who became a vice-president and general counsel of the Ford Motor Company as well president of the American Bar Association, and went on to be active in civil affairs in the Detroit area. She died April 21, 1981, of pneumonia at the age of seventy-three.

View the Discovery and Early Development of Insulin digital collection at https://insulin.library.utoronto.ca/.