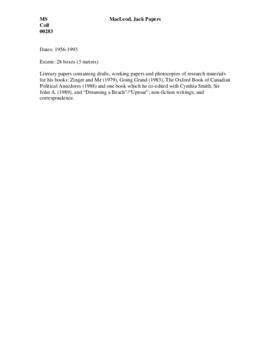 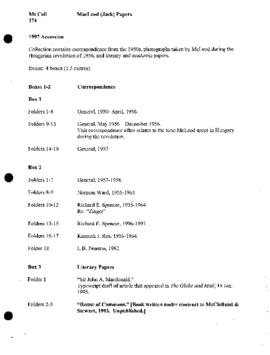 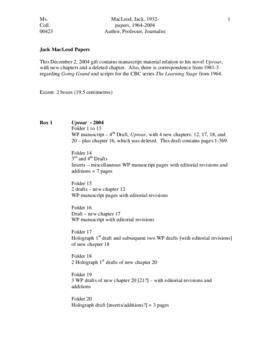 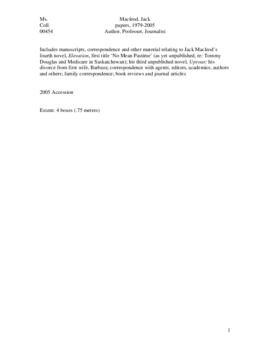 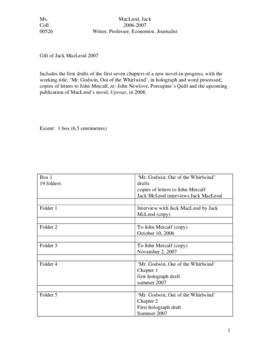 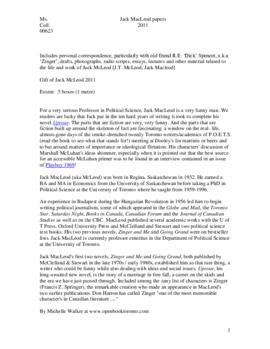 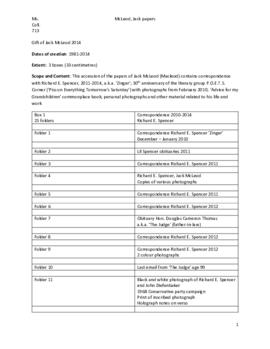 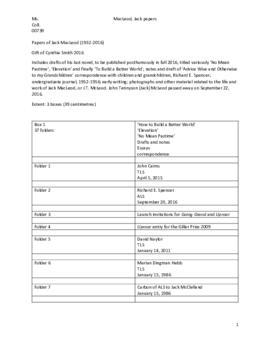 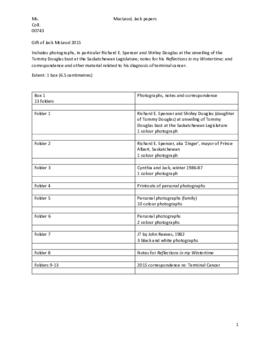 Jack MacLeod was a Canadian novelist, political journalist and professor. Born in 1932 in Regina, he received his B.A and M.A in economics at the University of Saskatchewan and obtained his PhD in political science at the University of Toronto. He was a professor in the department of Political Science at the University of Toronto from 1959 to 1996, during which time he published many academic texts, including The Canadian Political Tradition, Basic Readings (1987), Sir John: An Anecdotal Life of John A. Macdonald (1989, with Cynthia Smith) and the Oxford Book of Canadian Political Anecdotes (1988). He was in Budapest during the Hungarian revolution in 1956, which spurred his career in political journalism, with articles appearing in The Globe and Mail, The Toronto Star, Saturday Night, Maclean’s, Canadian Forum and the Journal of Canadian Studies. He also served as a political commentator on CBC television and radio. He was a well-known novelist, and among his published works are: Zinger and Me (1979), Going Grand (1983), Uproar (2008), Reflections in My Wintertime (2015) and to Build a Better World (2016). He died in 2016.

Collection of drafts, working papers and research materials for his books: Zinger and Me, Going Grand, The Oxford Book of Canadian Political Anecdotes, and the Canadian Political Tradition. Includes drafts of unpublished novels Uproar and Elevation.