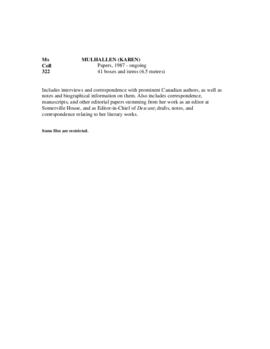 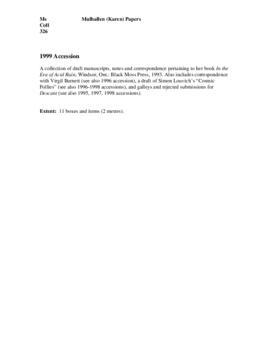 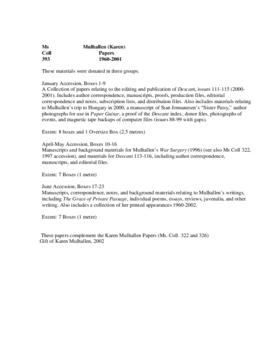 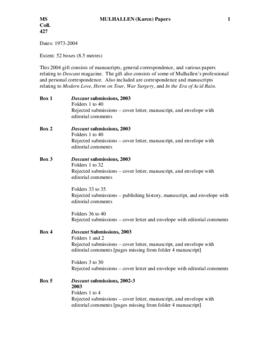 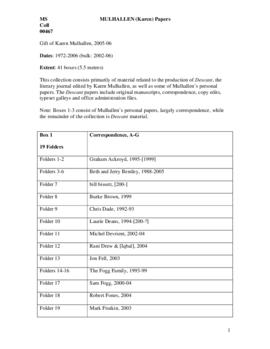 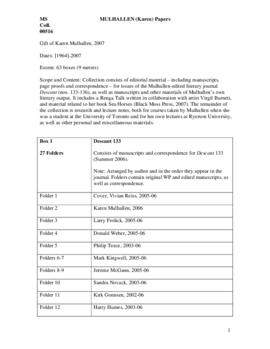 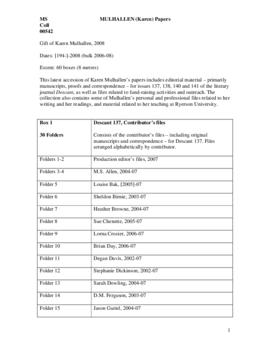 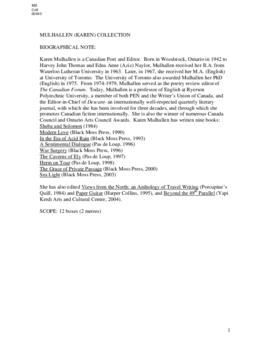 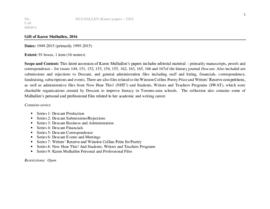 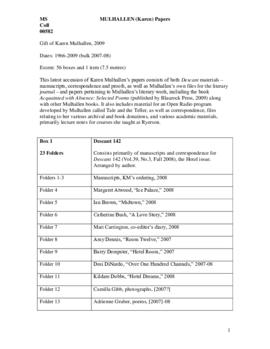 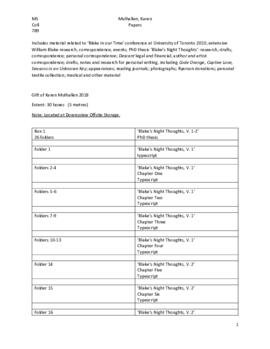 Karen Ann Mulhallen is a writer, publisher, Professor of English at Ryerson Polytechnic University and the editor-in-chief of Descant. Born May 1, 1942 in Woodstock, Ontario to H.J. Thomas and Edna Anne (neé Naylor), Mulhallen was educated at Waterloo Lutheran University (B.A. 1963) and the University of Toronto (M.A. 1967, Ph.D. 1975).

Mulhallen was Lecturer at Ryerson from 1966, and became a Professor in 1971. Her area of scholarly expertise is 18th century English art. She is the author of several books of poetry, a work of travel fiction, and articles on the literary and visual arts in Canadian journals and magazines, including Blewointment, Quarry, and The White Wall Review. She was the Poetry Review Editor and the Arts Feature Editor for Canadian Forum (1974-1979), and has edited several collections of poetry, travel writing, and criticism for Somerville House Publishers. As editor-in-chief, Mulhallen has made Descant one of Canada's

Mulhallen was a finalist in the CBC Literary Awards (1989) and the CBC-Saturday Night Literary Awards (1994), and won the Maclean Hunter Arts Journalism Fellowship (1994), and the Hawthornden Castle Fellowship (1996). She was the Sarwan Sahota Distinguished Professor at Ryerson (1998), and has received various other grants and fellowships. She has also been a grants and awards adjudicator, and has made numerous public readings and broadcasts for television and radio.