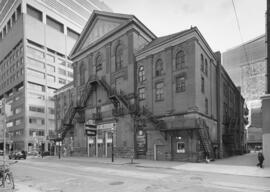 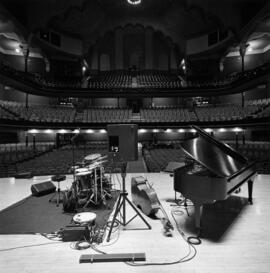 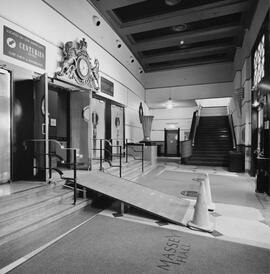 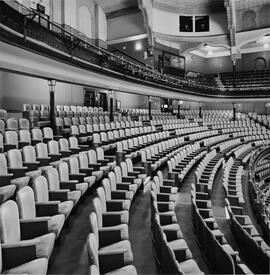 Peter MacCallum has made a name for himself in the field of photography, especially with work focusing on architecture, industry, and urban spaces. He is seen as a chronicler of Toronto locales. His eye for detail and appreciation for his subject matter have led to his work being described as “lessons in observation”.
MacCallum was born on June 27, 1947 in Toronto. and began shooting pictures in 1968 after being inspired by the book The World of Henri Cartier Bresson. He is mostly self-taught, however he apprenticed at a commercial photography studio where he acquired skills with large format photography. His subject matter in the 1970s and 80s was local artists and galleries in downtown Toronto. In 1984 he received a commission to photograph Spadina Avenue in Toronto for a historical exhibition. This project led to MacCallum’s interest in architectural photography and streetscapes.
His photographs have been exhibited in solo and group shows, including: Concrete Industries, Museum London, London, Ontario, 2004; Industrial Interiors, Peak Gallery, Toronto, Ontario, 2003; Larus Delawarensis, Oakville Galleries, Oakville, Ontario, 2003; (curated by Marnie Fleming), Cement/Concrete, at the The Eric Arthur Gallery University of Toronto 2002, Seagulls, Bugs and Bystanders Peak Gallery, Toronto 2002, Substitute City, The Power Plant, Toronto, 2001.
His photographs have received critical praise in publications such as Canadian Architect, Prefix Photo and Azure magazines. Peter MacCallum’s photographs can be found in the collections of The Canadian Museum of Contemporary Photography, The Oakville Galleries, The Art Gallery of Mississauga, The City of Toronto Archives, The Municipality of Metropolitan Toronto, Henry Morgenthaler Toronto Clinic and other corporate and private collections.
He is the author of two books: Material World (2004) and Peter MacCallum Documentary Projects 2005-2015 (2015).
MacCallum lives and works in Toronto.

Material is subject to copyright restrictions; please consult the archivist.