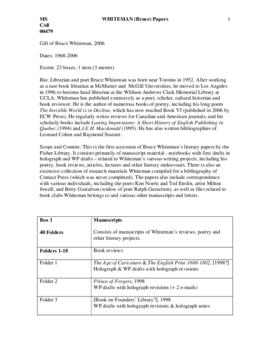 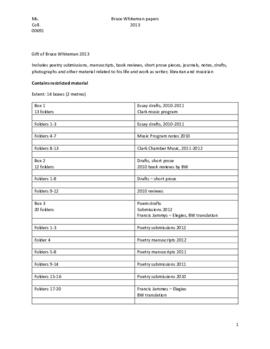 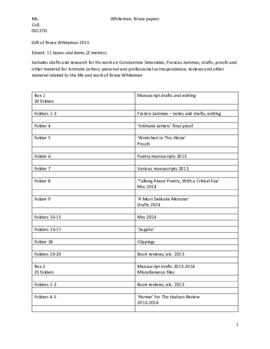 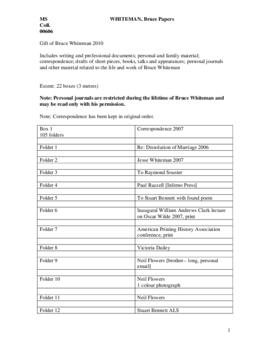 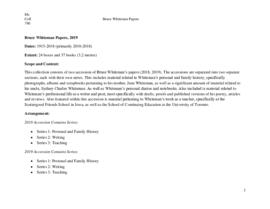 Librarian and poet Bruce Whiteman was born near Toronto in 1952. After working as a rare book librarian at McMaster and McGill Universities, he moved to Los Angeles in 1996 to become head librarian at the William Andrews Clark Memorial Library at UCLA. Whiteman has published extensively as a poet, scholar, cultural historian and book reviewer. He is the author of numerous books of poetry, including his long poem The Invisible World is in Decline, which has now reached Book VI (published in 2006 by ECW Press). He regularly writes reviews for Canadian and American journals, and his scholarly books include Lasting Impressions: A Short History of English Publishing in Quebec (1994) and J.E.H. Macdonald (1995). He has also written bibliographies of Leonard Cohen and Raymond Souster.