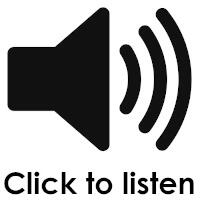 Collection of interviews with BIPOC musicians

In 1918 Toronto College of Music, founded in 1888, amalgamated with the Canadian Academy of Music, and in 1924 the academy was absorbed by the Toronto Conservatory of Music. The Toronto Conservatory of Music then gained the assets of both its rivals, including over one hundred vocal and orchestral scores. The University had taken over the ownership and operation of the conservatory by 1921, and therefore this collection became the foundation of the University of Toronto's music library.

Hugh Hornby Langton's, (University of Toronto's Chief Librarian, 1892-1922), donated a over a dozen scores from his own collection including orchestral works by Beethoven, Schubert, and Mendelssohn in piano duet arrangements from his courting days, which constitutes the University of Toronto's first efforts in collection building for the Music Library. More significantly, he had just returned from a European buying trip for the library, and its results included the addition of a dozen books on music, plus recent scores such as Stravinsky's Chant du rossignol and Sacre du printemps, and of several early tone poems by Richard Strauss.

Currently the library holds over 300,000 books, scores, periodicals and microforms.The Sniderman Recordings Collection, 180,000 sound recordings, from cylinders to blu-ray. The Olnick Rare Book Room, 2,500 volumes exemplifying the history of music and of music editing, performance and printing -- from liturgical manuscripts and early printed treatises, to first editions of Mozart, Haydn, Beethoven and Gershwin, and early Canadian sheet music and tune books. A significant number of 18th- and 19th-century opera full scores, with particular strength in the French repertoire, complement the large libretto holdings of the Central Library.

The Faculty of Music Anti-Racism Alliance (FoMARA) is a student organization which aims to create an equitable and safe environment within the University of Toronto Faculty of Music, empowering the voices of BIPOC members. FoMARA advocates on issues surrounding racism, systemic oppression, and colonialism. Goals of the organization include facilitating student acitivism, fostering dialogue between students, faculty, and administration, and challenging Eurocentric pedagogy, curriculum content, and performance values within the Faculty of Music.

The interviews in this collection were recorded as a component of the digital exhibit Polyphony: Diversity in Music. The interviews were conducted between November 1, 2020 and December 10, 2020 by members of the exhibit design team, which included members of FoMARA and staff of the Music Library.

Collection consists of 9 recorded interviews, both audio and video. The interviews were held by members of the design team for the exhibit Polyphony: Diversity in Music, and feature students and faculty from the University of Toronto Faculty of Music and musicians based in Ottawa, Ontario; Toronto, Ontario; and Regina, Saskatchewan. Interviewers used questions to help the interviewers share their experiences with diversity in music. Questions included whether they identified with current categories in racial discourse (i.e. BIPOC), whether their culture or identity has impacted their opportunities, and what advice they would offer to emerging BIPOC musicians. Themes within the interviews cover a broad range of topics, including systemic discrimination, imposter syndrome, racism, identity, and music pedagogy.

Interviews are listed alphabetically by first name of the interviewee (consistent with the organization of the digital exhibit for which the interviews were originally collected).

All material within the collection is open and available for researchers to stream. Interviews include complete, edited transcriptions. Please contact the Music Library if you have any questions.

Material within the collection may not be downloaded. Please contact the Music Library for further information.