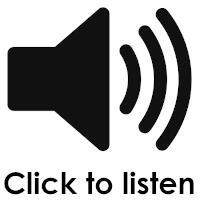 The University of Toronto Electronic Music Studio (UTEMS) was co-founded in May 1959 by Professor Myron Schaeffer and Dr. Arnold Walters, director of the Faculty of Music. Professor Harvey Olnick was also one of the original faculty members. It was the second electronic music studio in North America (preceded by the Columbia-Princeton Electronic Music Center in 1958) and the first such studio in Canada. It was originally located at 2 Division Street before moving into the basement of the Edward Johnson Building, once the building was completed (1964). Users of the studio included music faculty, students, independent scholars, and visiting composers and composition students. In addition to electronic music composition, UTEMS commissioned and invented new instruments and equipment.

Following Schaeffer's death in 1965, Professor Gustav Ciamaga became the director of the studio. He remained in this position until his retirement in 1994, at which point the position passed to Professor Dennis Patrick. Since 2019, UTEMS has been under the direction of Professor Eliot Britton.

Tapes transferred to the Music Library with from the University of Toronto Electronic Music Studio (UTEMS). The transfer (A2020-05) also included some personal papers of Gustav Ciamaga and Myron Schaeffer, which had been left in the Studio. The administrative records of UTEMS are held at the University of Toronto Archives. Research materials and manuals deposited by Dennis Patrick (A2021-13).

Collection consists of electronic music compositions created at the University of Toronto Electronic Music Studio (UTEMS) and copies of tapes made at other electronic music studios around the world. The collection includes the two original card-catalogue indices for the tape collection, organized by tape number and by composer, and accompanying research materials and manuals used in the studio.

Streaming copies of some tapes available. For digital copies of other tapes, contact the Music Library.